What are the effects of Marijuana on fitness?


We’re going to really try and just focus on the fitness aspect here. Marijuana is controversial in a great many ways, as you surely know. On Capitol hill, the debate branches across the aisle. As some struggle to defend the placement of pot as a schedule one drug next to Heroine, others preach that it should be legalized for both recreational and medical use.I’ll be clear, based on science and personal experience, I firmly believe that the legalization of Marijuana is one of the best steps we can take as a society towards our overall health and security.

Again, that isn't the point of this post. I’m here to talk about Marijuana as it pertains to your GAINZ! 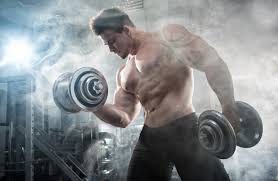 Let’s look at the effects of Marijuana.

It’s classified as a depressant, meaning that the effects typically cause a user to enter a state of lethargy. You won’t necessarily feel like not doing anything, however users will overwhelmingly express that they feel a lack of physical energy. This certainly does not apply to the psychoactive response. In your brain, neurons are constantly sending energy signals. Each neuron has dendrites( the message receptive area of the neuron) and axons(the message sending area of the neuron). The neuron is constantly sending electrical signals to other neurons. These are how our brains go about doing everything. All of our thoughts. All of our sub-conscious motor controls like breathing or perspiring.

“They lie about marijuana. Tell you pot-smoking makes you unmotivated. Lie! When you're high, you can do everything you normally do just as well — you just realize that it's not worth the fucking effort. There is a difference.”

Marijuana’s main component is the chemical THC. Unlike substances like alcohol, Cannabis contains cannabinoids like THC that resemble chemicals in your brain. Tetrahydrocannabinol enters your brain, and essentially distracts the neurons. There is a refractory period after a neuron fires. This is why your mind sort of calmly wanders while sober, and you don’t typically find yourself hard focused on one thought. Your brain does this to keep those neurons from “over heating,” in a sense. Cannabis locks your neurons in a state of firing between each other. This is why you have elevated sense of tunnel thinking, or a wild imagination.

When it comes to working out, each attribute of Marijuana’s effects play into whatever activity you engage in.

For things like bodybuilding, firstly you may find that you just do not want to go to the gym. You may think “I’m gunna get baked and have a great workout!” You then proceed to get baked…. and can't find the energy to get off the couch. I’m speaking from experience.You may also find that you cut a workout early based on a lack of focus. This scenario is pretty unlikely, however I’m also stating that out of personal experience. Typically once you get under the weights, you're set (get it :D ).

If you actually make it into the gym, the effects are USUALLY all positive. For an activity like weight lifting, the exercises are anabolic. This means that it is an engagement of more slow-twitch muscle movement. You aren't worrying about long term fatigue so much as getting through that one set, and then resting. Marijuana causes the user to have extreme focus on whatever it is they are currently engaged in, so when it comes to lifting, weed is almost like a super power. You’re SO focused. Say for example you may be able to bench 225lbs for 10 reps. If you’re high, outside influence is not going to be able to break your focus. Now you may find yourself on the 12th rep, with little feeling you need to stop. You may even be able to double the reps you previously thought you’d be able to do. I personally have an especially strong back, and find that if I’m high I can pull up into infinity(I don’t use illegal substances though, so I was not actually high…..). This is a commonality for most people who use marijuana and then lift weights. You may find yourself being distracted in between sets, but your focus will be improved 10 fold when you’re in the zone.

This focus can perhaps also be attributed to a lessening of other anxieties. For many people, weed causes an uptick in anxiety. A lot of the time however, the combination of elevated focus and lack of conflicting thoughts can create a sense of calm, especially when working out.  Stanford Medical Professor Keith Humphrey told Business Insider "We have cannabinoid receptors throughout our brains, and when the THC hits those receptors, it triggers a system that reduces anxiety. That you would feel more aggressive is a natural reaction to the drug." This means that while you are doing a physically demanding activity, your brain is able to close off outside influences and focus on the exercise.

"That is not a drug. It's a leaf. My drug was pumping iron, trust me."

Marijuana is not a painkiller, though having a heightened sense of awareness of your body, you can put a damper on your perception of pain. This makes it easier to push through and lift heavier weights for longer. Some argue that this can be dangerous, as you may not be able to physically lift something, and just tell yourself you can. I would point out the Navy SEAL 40% rule to those who make that argument. The Navy SEAL 40% rule is essentially this; when you feel done, that’s just your brain saying you're done. You’ve only really reached about 40% capacity. When it comes to being high, I would say you’re much more likely to overstate the pain. Yes you have the ability to look past it, but the elevated sensations in your body will make it very easy to wallow in the pain. I would be much more worried about having a 40lb dumbbell feel like you're trying to pick up Thor’s hammer, than 400lbs feeling like 40.

When it comes to other exercises that are more aeriobic, the reviews are pretty mixed. I personally find that aerobic activity is SO draining while stoned(I’m not going to lie again. It’s OUTLAW strength). When a person uses marijuana, their veins and arteries are slightly restricted. This slower blood flow is part of the reason you’ll feel so relaxed. When it comes to things like running or biking, the blood pressure will become more elevated than when doing these exercises sober. Most people say that this leads to quicker fatigue. This is, again, just opinion. The article from Business Insider referenced earlier talks about a man named Gordy Megroz,a  correspondent for Outsider Magazine. Gordy is an avid runner but had never been much of a pot smoker. He decided to do a test. On two separate occasions he ran on a treadmill set to about 15% incline. The first time, he ran sober. He was able to run for 19 minutes flat. On another occasion, Gordy ran high. This time he was able to run for 19.30! That may only be a slight increase, however it’s really quite considerable that he even ran in the same ballpark. Now maybe he was dumb beat after the second run, and only ran harder to prove a point. Maybe he just didn’t really push himself on the first run. There are always questions to be asked regarding situational studies like this.


Out of all this the bottom line is really that it depends on you. You can read about the experiences of others, but experiences will vary person to person. As Marijuana is still a schedule 1 drug, we can’t really say what the final scientific determination is. Being a schedule 1 drug, organizations require huge amount of federal permission to do any sort of research. This is the main reason why there are so few studies. SHAMELESS VEGAN PLUG! Being vegan provides your body with more energy, as your metabolism is not working around the clock to digest foreign animal fats that aren’t found in nature. This superhuman energy with the added genius IQ focus of marijuana should equate to….. GOD MODE.

I wrote this article based on personal experience and the effects I’ve witnessed in others(that’s also personal experience I suppose lol….). Please feel free to leave your own experiences, confounding or even supporting evidence you know of! I always like to read into more research on this stuff. As I said in the article… there really isn’t much research on the effects of pot and exercise being that weed is a schedule 1 drug.